Billy started playing the guitar in the early sixties when they were all made of wood and mostly the same colour.

He formed a ‘beat group’, 'The Triffids',later to be called 'Model T' (nobody knows why! ), with some pals at the local youth club and played local clubs and pubs till the sad arrival of full time employment forced their demise.

He then joined with former beat group pals to form a ‘folk group’ during the great ‘folk scare’ of the late sixties and early seventies. The Callies showed the good people of Newcastle what they thought folk music should sound like. They recorded one album, went to London, didn’t like it... then came home.

After a spell living in Vancouver, Canada, Billy was invited to return to England to join Jack the Lad with members of the recently split Lindisfarne. Then followed four albums and four years touring the UK and Europe, playing every venue known to man and some that weren’t…

Pacamax was a scratch band that played only covers of songs we all grew up with. Played for birthday parties, going away parties, leaving parties, coming back parties....recorded one live album, and had a ball.

1996 saw Billy join Newcastle's favourite sons Lindisfarne who enjoyed critical acclaim for their live concerts in the UK and the USA, and their subsequently-released albums of new songs,
'Here Comes the Neighbourhood' and 'Promenade'.

After Lindisfarne's retirement in 2003, Billy embarked on a very successful solo career with his 'Backtrackin' show and CD, and in 2005 he recorded 'The Devil's Ground', a collection of songs about Billy's formative years, growing up in the mining village of West Wylam, Northumberland, specially written for 'The Northumbria Anthology'.

In 2006, he celebrated his 60th birthday by forming the first ever Billy Mitchell Band, who played an emotional ‘sell out’ concert at The Sage, Gateshead. Billy then dipped back into his ‘folk roots’ by collaborating with Bob Fox on two UK tours and a highly acclaimed ‘live’ album 'Five-star B&B'. More tours with Bob followed and a studio album 'Back on City Road'.

In 2008 Billy was diagnosed with cancer on his right vocal cord. Laser surgery was performed in September 2008, followed by a couple of years recovery...learning how to sing again..with one and a half vocal cords..

2010 saw the birth of The Pitmen Poets, who played a one off show at Kings Place, London, and went on to tour the UK, record a live album, 'The Pitmen Poets', and continue to play sell out shows everywhere they go.

Billy has been a major part of the legendary 'Sunday for Sammy' shows, which are performed every two years at Newcastle City Hall. 2016 was the eighth in the series, which has seen Billy perform with Brian Johnson of AC/DC, Mark Knopfler, Ray Jackson, Jimmy Nail, John Miles, Jill Halfpenny, Tim Healy, Kevin Whately....and loads of other fab folks. 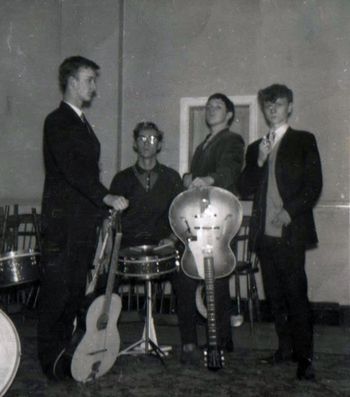 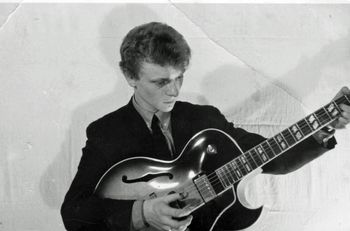 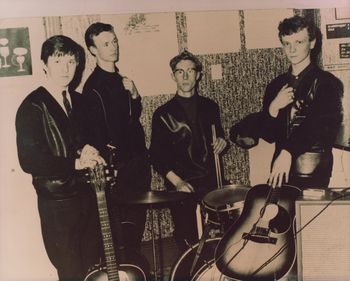 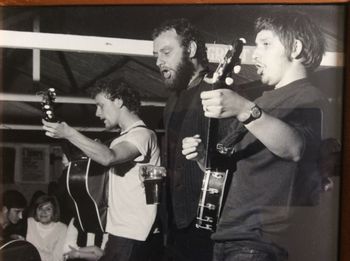 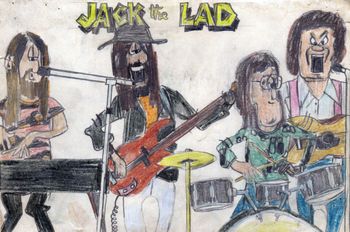 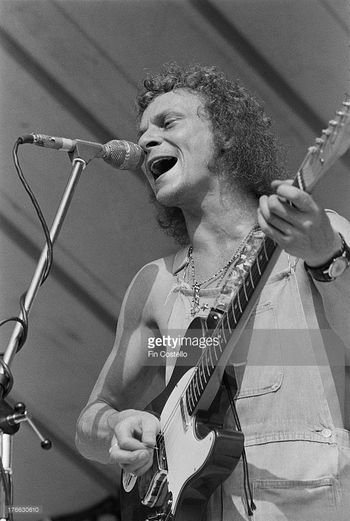 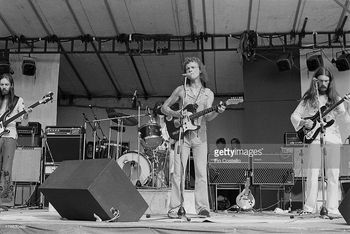 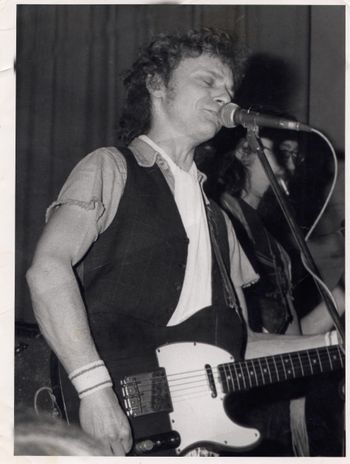 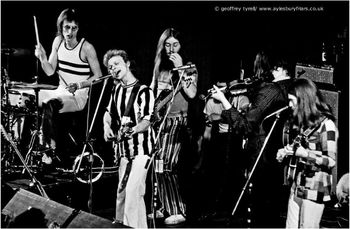 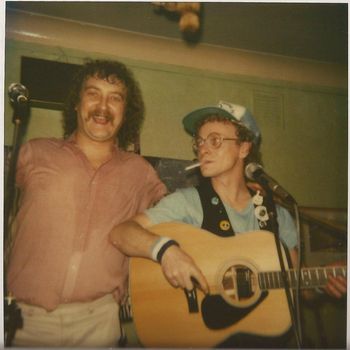 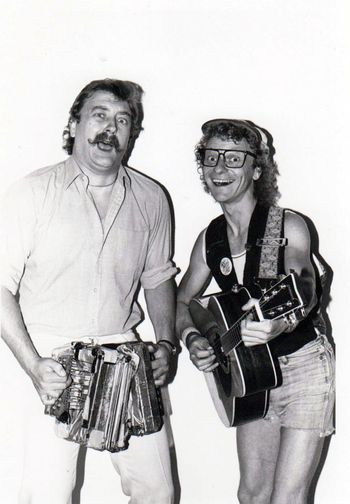 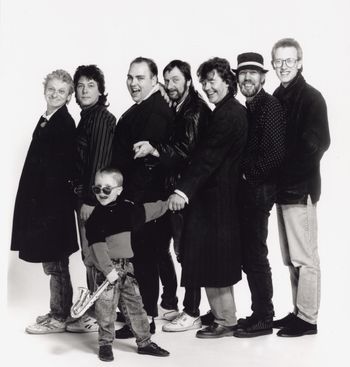 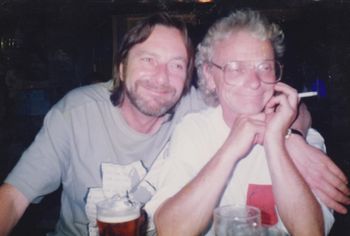 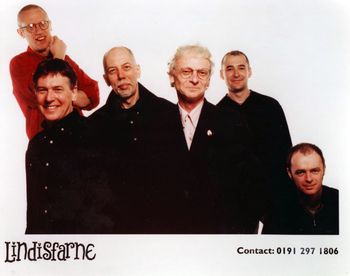 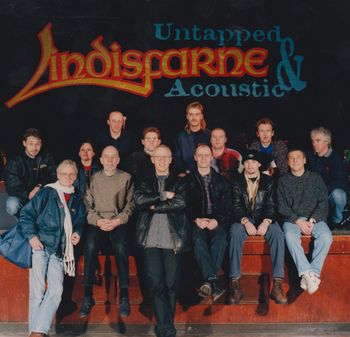 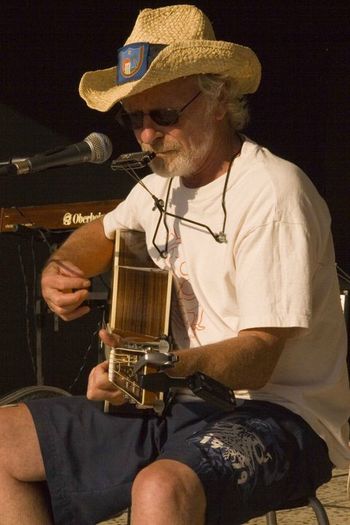 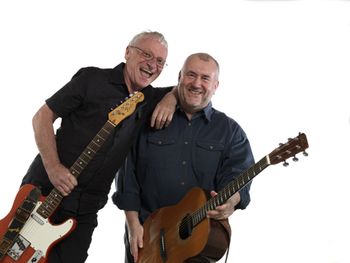 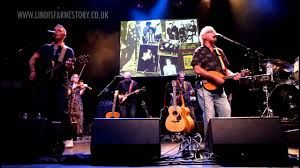 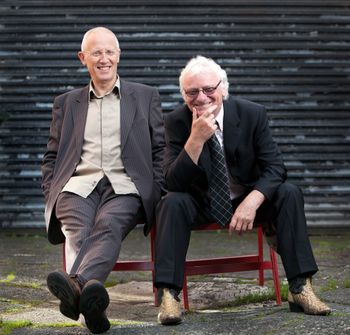 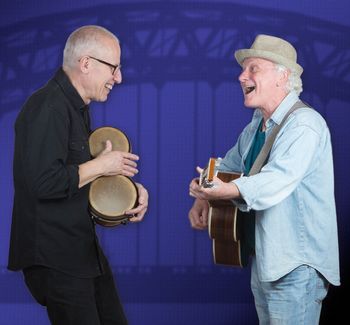 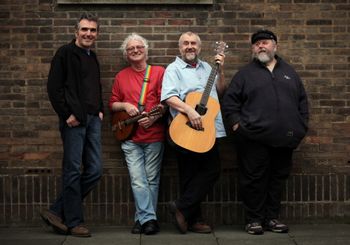 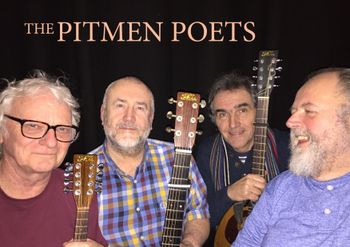 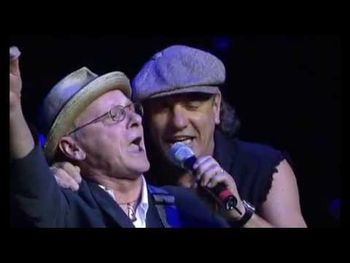 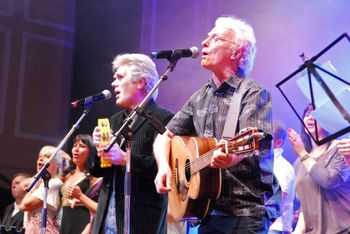 Billy and Jacka at Sunday for Sammy 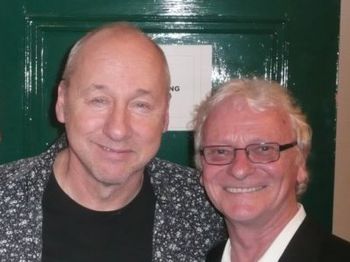 Billy and Mark at Sunday for Sammy 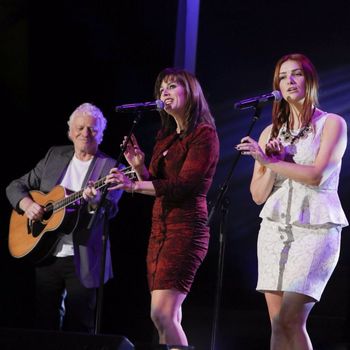 Billy with Jill and Chelsea Halfpenny at Sunday for Sammy